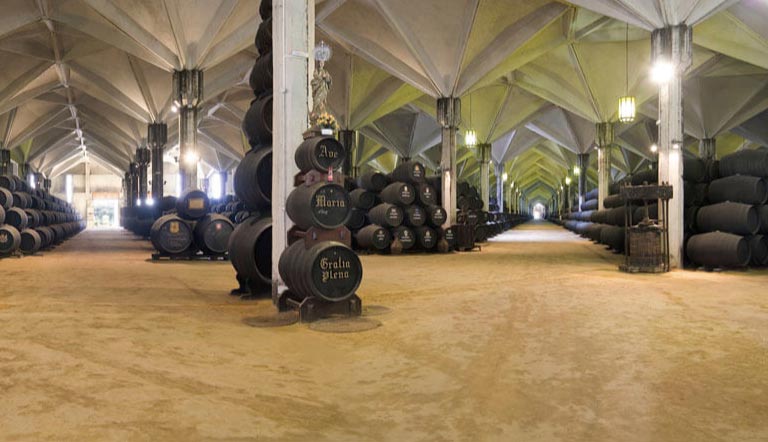 The winery was founded in 1877 by Sir Alexander Williams, a great admirer and connoisseur of sherry products, and Arthur Humbert, a specialist in international relations.

Since then they have preserved part of the original wines and brandies (soleras) in high quality oak casks. These soleras are the base of the development and ageing of every sherry and brandy produced at Bodegas Williams & Humbert.

The story of Bodegas Williams & Humbert began almost 130 years ago. They were participants in the creation of the Denomination of Origin Jerez-Xérès-Brandy, and today, the winery is recognized as one of the most prestigious producers in the world.

Since then part of the house’s wines and brandies are preserved in oak boots of the highest quality (soleras). These form the basis of the current development and aging of each of the wines and brandies of the Williams & Humbert Wineries.

In the 60s, José Medina founded the first winery that bears the same name as its president, which, 2 years later, his brothers Nicolás, Angel and Jesús join.

The business, which is mainly developed in foreign markets, is growing through collaboration agreements with different buying companies until the year 1979 in which it forms a partnership with the Dutch multinational Royal Ahold, through the Luis Páez Society. This association and subsequent collaboration agreements allow the family to increase its presence in Jerez, becoming in a few years to be among the first commercial companies of sherry worldwide. Since the beginning of the business, characterized by its aggressiveness and good business, different brands are acquired that enhance and multiply the capabilities of the family and its partners, the latest acquisition being the international Williams & Humbert, which today gives its name to All family businesses.

The relations between the Medina family and the Dutch multinational Ahold date back to 1979, the year in which Ahold takes a 50% stake in Luis Páez SA (now Bodegas Williams & Humbert SA), a winery owned by the Medina brothers. reached in 2005 an agreement with Royal Ahold to acquire the other 50% that it owned in said company. Through this, the Medina family consolidates the management of the businesses for which it had already been responsible for the ownership of the capital stock of the parent company and subsidiaries.

Read more
Are you 18 or older? This website requires you to be 18 years of age or older. Please verify your age to view the content, or click "Exit" to leave.